Negotiations and Mitigating Factors are Key in DUI Case

Stan is in his early thirties and is employed by a computer company where he earns a middle-income salary. He enjoys traveling with his girlfriend. One day Stan was coming home from a restaurant after having a meal and a few alcoholic beverages. On his way home he accidentally hit another car causing minor damage. He panicked and instead of stopping and providing the proper information to the other driver, he drove home. Once he got home, he had a glass of wine to calm his nerves. The police came to his house to investigate the accident. He cooperated with the police but was ultimately charged with a DUI 2nd offense within 10 years, Refusal and a Hit and Run. 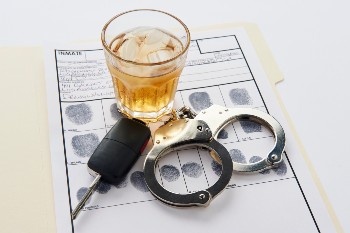 Stan came to my office and expressed to me that he was concerned that a DUI conviction would prohibit him from applying for citizenship to this country. He was concerned that convictions would result in a significant jail sentence that could cause him to lose his job. He also expressed anxiety about being convicted of the DUI and losing his privilege to drive in Virginia for three years. I told Stan that I would work hard on his case and explore all possible defenses to avoid him being convicted of the most serious charge of 2nd Offense DUI.

After Stan’s bond hearing, he was released from jail and was placed on pretrial supervision. The court also required that he have an electronic monitoring device placed on his ankle that would notify the court if he consumed alcohol. I encouraged him to comply with pretrial services and avoid any alcohol intake. When negotiating with the prosecutor, I emphasized that my client was completely compliant with pretrial services and there was no indication that my client drank in the months leading up to the trial.

The prosecutor understood that proving the DUI may be a challenge since my client drank alcohol after driving his vehicle. The prosecutor agreed to reduce the DUI to a lesser included charge of Reckless Driving. My client received time served. The Commonwealth dropped the Refusal charge and gave him a suspended sentence on the Hit and Run. By reaching this resolution, my client avoided additional incarceration. He also avoided the DUI conviction that would have carried mandatory time as well as a three-year license suspension. My client was pleased that this outcome will put him in a much better position when he applies for US citizenship.