Could I be charged with domestic assault for disciplining my child? 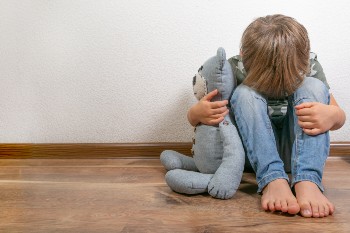 The answer to that question depends on how you issued the punishment and what your intentions were. It is not illegal to spank or use other physical methods of discipline in Virginia, but there is a line between what is considered parental privilege and what is considered child abuse. The challenge that arises in these cases is that it can be a fairly subjective matter. What a parent thinks is a reasonable punishment might be seen as abuse by someone outside of the family—a teacher or social worker, for example. If someone thinks you crossed the line and calls the police, you could be charged with domestic violence or child abuse.

You are within your rights to establish rules for your children and to decide what you think is the appropriate punishment for breaking those rules. In some households, spanking is the norm. However, the Commonwealth of Virginia limits how far a spanking can go. Under the law, corporal punishment cannot:

Generally speaking, the factors that will be considered when determining whether criminal charges are appropriate are intent and force. Did you intend to correct your child or hurt them? Did you use more force than was necessary to punish your child? If you are charged, these questions will be answered by a judge, and you will need a skilled defense lawyer to represent you.

Our firm recently represented a devoted father who was charged with domestic assault after throwing a toy at his son. Because our client acted out of frustration and the child had a minor injury, the prosecutor filed charges, even though there was evidence that the child had mental health issues and was out of control. We were able to argue in court that this was an isolated incident and that our client and his wife were seeking outside resources to help them in parenting their child. Our client agreed to attend counseling, and the charges were dismissed after a four-month continuation.

In a recent decision by the Virginia Court of Appeals, an assault and battery conviction was overturned for a mother who hit her 12-year-old twins with a belt because they used their cell phones when they were not supposed to. The lower court had decided that the punishment was unreasonable and that the children’s marks and bruises constituted lasting harm. The decision on appeal is a good example of how different judges and courts see events differently. The higher court decided that the punishment showed “moderation and reason” and that the parent had a right to decide what was an appropriate punishment within her own family.

An Experienced Defense Attorney Can Make All the Difference

Your children’s teachers, day care providers, doctors, and nurses are what’s known as mandatory reporters in Virginia. That means that if they see an injury and the child tells them that they were hurt by a parent, the adult is required by law to report it to social services or the police. What happens after that, however, is up to the discretion of the prosecutor. As soon as you learn that you are being charged with a crime for punishing your child, it is important that you contact a criminal defense attorney right away. Doing so does not make you look more guilty. Instead, it protects you from a worst-case scenario.

If you have been charged with domestic violence, contact us online or call our office at 757-410-5042.