I was charged with domestic assault, but my accuser is lying. What should I do? 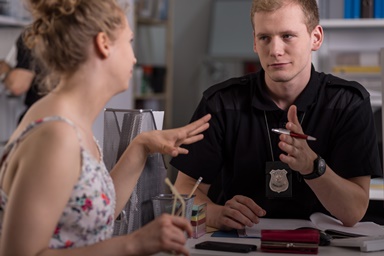 By definition, a domestic assault accusation comes from someone you not only know, but with whom you have an intimate relationship. That makes a false accusation even harder to bear. As hurtful as it is to be accused by someone you love of a violent crime you didn’t commit, it is vital to your reputation and your future that you take it seriously and hire an experienced domestic assault defense attorney.

Why Would Someone Lie About Being Assaulted?

There are several reasons someone might lie to the police about being assaulted by a partner. Often, these accusations come up when a couple is going through a divorce or custody battle. Other times, a charged is filed simply out of spite. Some common reasons we see include:

Of course, it is illegal to make a false allegation, but that doesn’t mean you are not going to have a battle ahead of you until it can be proved that your partner is lying.

If You Are Accused, Call a Lawyer

As much as you think you can talk your way out of a false charge of domestic assault, it would be unwise to try to do so. Think about this: Most people who actually are guilty of domestic violence try to defend themselves by accusing their partner of lying. So, do you really think the police are going to want to hear that excuse from you? No, of course not. That is why it is important that you call a defense lawyer as soon as possible after the police get involved. They will get to work gathering evidence to prove that your accuser is lying. Your lawyer will confirm alibis, seek out witnesses, request medical evidence, and question the accuser to make sure the truth comes out.

Investigators are trained to believe accusers, so it can be an uphill battle to go after an alleged victim for lying. It is also important to understand that even if your accuser recants their story, the prosecutor could decide to go forward with the charges anyway. Prosecutors do not need a willing victim to pursue a case of domestic assault. Thinking you will be off the hook if you can talk your accuser into changing their story would be a big mistake.

It is shocking and appalling that a trusted partner would lie about an accusation as serious as domestic assault. However, it happens, and if it happens to you, you will have to get over the shock quickly and seek out the best criminal defense lawyer you can afford. Domestic assault is a serious criminal charge involving consequences such as jail time, hefty fines, personal protective orders, losing custody of children, and even losing your professional license or job. There is no room for error when you are accused or arrested. In the Chesapeake area, contact James E. Short, PLC by phone at 757-410-5042 or by filling out our online contact form. We will get back to you right away.