What will happen at my DUI arraignment?

The night you were pulled over and given a breathalyzer is a blur. You were on your way home when you suddenly saw flashing lights in your rearview mirror. You thought it was a mistake, but you were shocked to hear that you were over the legal limit for alcohol. Whether it was your first DUI or not, the first hours and days after a DUI arrest are scary and confusing, and you probably have a lot of questions. Everything comes into focus, however, at your arraignment. What is an arraignment all about? We take you through it here.

What Happens at a DUI Arraignment in Virginia? 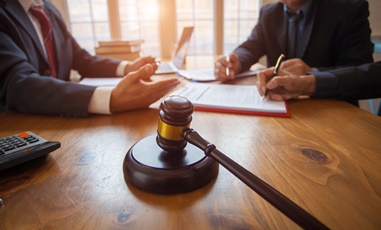 An arraignment is an appearance before a judge to hear the charges against you. Depending on whether you were held in jail after your arrest or released on your own recognizance, you will either be brought to court from jail or be told when to appear. Courts process dozens of arraignments in a given time period, so it is a brief appearance—really more of a formality than a chance to explain yourself. When it is your turn, you will stand before the judge who will:

Unlike in other criminal arraignments, you will not be asked to enter a plea and, if you are in jail, bail will not be set at your arraignment. Every court and every jurisdiction handles things a bit differently, so it’s important that you get reliable advice from a DUI defense attorney as soon as possible.

You Should Have an Attorney Before Your Arraignment

As brief and simple as it might be, an arraignment is still a legal proceeding, and it should be handled by an attorney. In fact, in some situations, your attorney can handle the arraignment, and you don’t even have to be there. DUI convictions carry serious penalties in Virginia, and your best chance at a good outcome is hiring an attorney as soon as possible after you are charged. Attorney James E. Short has handled hundreds of DUI cases in his 30 years as a defense attorney in the Chesapeake area. Don’t take chances with your future. Contact us BEFORE your arraignment!