What You Need to Know About Assault Charges in Virginia 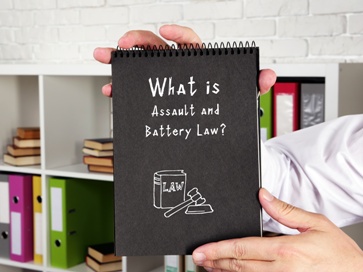 Assault is a complicated and serious charge in the Commonwealth of Virginia. Depending on the circumstances of your arrest, a conviction could result in jail time and fines as well as consequences that follow you for the rest of your life. If you have been charged with assault, you need an experienced criminal defense attorney to explain your rights and ensure you are protected throughout your case.

When Can a Person Be Charged With Assault or Battery in Virginia?

Assault and battery are two separate offenses in Virginia. Assault refers to any behavior that is intended to hurt someone, while battery refers to an intentional action that results in an injury to another person.

You may be charged with assault if your actions:

What Are the Penalties for Simple Assault or Battery?

Most simple assault crimes are charged as misdemeanors. While misdemeanor charges are generally less serious than felony charges, they can still carry jail time and high fines.

You may be charged with a misdemeanor for assaulting:

Could I Be Charged With a Felony?

Some cases of assault or battery are considered particularly grievous under the law. These crimes may be charged as a felony, including:

Call a Defense Attorney as Soon as Possible

If you have been arrested for assault or battery, it is vital that you get a lawyer involved in your case right away. The penalties in these cases are severe, and a conviction can result in the loss of your job, loss of gun rights, revocation of professional licenses, and the loss of child custody.

Our legal team can examine the factors in your case to determine which defenses are available to you, whether you qualify for reduced sentencing, and other ways to protect your future. Contact our office today to learn your next steps.