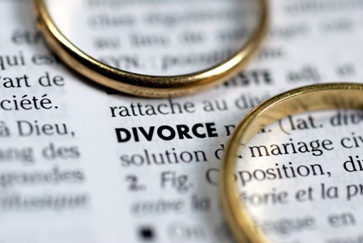 The end of a marriage can cause emotions to run high, making it nearly impossible for spouses to discuss divorce and separation objectively. For this reason, it is vital that you do two things: learn as much as possible about divorce requirements in Virginia and seek out an experienced divorce attorney to protect your rights and interests during separation.

What Kind of Divorce Should I Expect?

The process of separating from a spouse can be complicated and involves complex legal terminology that can make matters even more confusing. It is vital that you know your options and which type of divorce you’re facing before you file your paperwork.

Depending on your circumstances, you may be preparing for:

Which Matters Are Decided in a Divorce?

The issues that are settled in a divorce go far beyond ending the marital relationship. In fact, the choices you make during a divorce can affect your finances, housing situation, and relationship with your children for years after the divorce is final.

If you are considering divorce, you and your spouse will have to decide:

What Happens During the Virginia Divorce Process?

The laws and procedures for divorce vary from state to state. In Virginia, at least one spouse must have lived in the state for the last six months before filing for divorce. Once you have completed divorce paperwork and filed the documents in the appropriate Virginia Circuit Court, you will have to serve your spouse with a copy of the complaint and a summons. You can serve your spouse yourself, but it is commonly done by a sheriff or a private process server.

No two divorce cases will be the same. Depending on the specifics of your case, the process could involve:

Every Divorce Benefits from a Skilled Attorney

While it is vital to have an experienced family law attorney on your side during a contested divorce, there are no downsides to involving an attorney in uncontested cases. James Short has helped many clients through the toughest times in their lives, helping them end their marriages and ensure that they will be able to meet their future goals. Call or contact us today to learn your next steps.