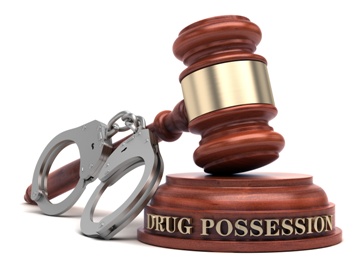 If you have been arrested on charges of drug possession, you are likely overwhelmed with questions about what it means for your future. Whether your charge involves illegal drugs, prescription medications, or something else, you should have an experienced drug possession attorney to advise you as soon as possible.

When Can a Person Be Charged With Drug Possession?

Virginia law states that any person who possesses a controlled substance without a valid prescription may be charged with drug possession. The specific factors in a drug possession case—including the nature of the charges, possible defenses, potential penalties, and the opportunity for reducing sentencing—depends on:

What Is a Controlled Substance?

Under state law, drugs and chemicals are grouped into specific categories based on their medical use and their potential for abuse. The Virginia Drug Control Act classifies substances into six categories:

What Are the Penalties for Drug Possession in Virginia?

The penalties you face depend on the circumstances of your arrest and the severity of the crime. In general, you may face jail, fines, or imprisonment if you are convicted of possession of:

Defendants should never attempt to “go it alone” after they are arrested for drug possession, for a few reasons. First, you do not have the same level of experience with the legal system and courts that the prosecutor does, making you ill-equipped to negotiate a deal or provide a strong legal defense. In addition, you may not be aware of the rules that police officers must follow when detaining a suspect or performing a search—rules that could provide grounds to have your case dismissed.

An attorney experienced in trying drug cases is best suited to identify weaknesses in the prosecution’s case, defend you throughout the investigation, and represent you in court if the case goes to trial. Don’t wait for the prosecutor to gather more evidence against you! Call or contact us today to learn your next steps.