Every DUI Arrest Should Be Taken Seriously—Here's Why 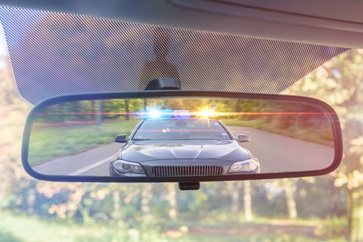 You had a few beers or glasses of wine with dinner—no big deal. You certainly were not out partying, and you feel fine to drive home. When you see the flashing blue lights behind you, however, the situation instantly becomes a very big deal. That's because, in Virginia, it doesn't matter that you were just out to dinner, you feel totally sober, and you have a clean driving record. It doesn't even matter that you have no previous DUIs. You can still face serious consequences if you are convicted of a DUI. And for people who DO have a previous DUI or who are very drunk, you need to realize that things just got real.

You Could Go to Jail for a DUI in Virginia

What Are the Other Consequences of a DUI?

Going to jail is probably the greatest concern for most of our clients, but we remind them that there are other serious consequences they should be worried about as well. Those include:

Clearly, it's just not worth the risk to drive after you've had a few drinks, but if it's too late for you to heed this advice, the next best thing you can do is contact an experienced DUI attorney as soon as possible.

We Are Here to Fight for You

At James E. Short, PLC, our criminal defense team will take every step to ensure that you get the best possible outcome. Building a DUI defense is complicated and requires legal knowledge and skill that come with time. In the 30 years that James Short has been in private practice, he has handled hundreds of DUI cases for clients from Chesapeake, Portsmouth, Norfolk, Suffolk, Virginia Beach, and the surrounding areas. If you've been charged with a DUI in Virginia, please contact us today to request a consultation to discuss how to best proceed with your case.