Why Were You Charged With Domestic Violence?

Domestic violence convictions carry serious consequences in Virginia. If you were arrested and charged with assault and battery against a family or household member, you might be confused about the charges. It is important that you understand why you were charged so that you can adequately defend yourself. Assuming you were unjustly arrested and that the charges will just go away would be a big mistake.

What Is Considered Domestic Assault in Virginia? 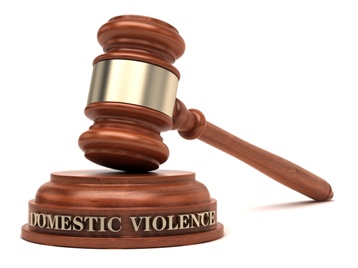 partner will be charged under the domestic violence statute, which carries more severe penalties than an assault against a non-family or household member. If you are charged with domestic violence, but the person you had an altercation with does not fall into one of these categories, that could be a legitimate defense against the more serious charges.

In Virginia, the following types of assault against a family member or roommate will be charged as domestic violence:

This is not a complete list of potential bodily harm charges in Virginia, but many domestic violence charges fall under one of these categories. It’s important to understand that these charges become more serious and carry more severe penalties when you are accused of committing them against a family or household member.

When an arrest is made for domestic violence, the judge will issue a 72-hour protective order for the accuser. This means that if you were charged with domestic violence—even if it is your first arrest—you are immediately prohibited from contacting the alleged victim for three days. It doesn’t matter if you believe you are completely innocent, and it doesn’t matter if the accuser is your wife or girlfriend. If you learn nothing else from this article, understand that violating a protective order is a criminal offense and, even if you are cleared of domestic violence charges, you will still face this charge. In fact, if you are in jail following your arrest and you make contact with the accuser in violation of the protective order, you could give up any chance of getting out on bail.

The biggest mistake we see our domestic violence clients make is not taking the charges seriously from the beginning. If you find yourself facing an accusation of domestic violence, contact us before you say or do anything that could harm your defense.