You see the sirens in your rearview mirror, and you know you are caught. You pull over and, as you wait for the officer to approach your window, you start thinking of excuses for why you were speeding. After all, you've heard of people talking their way out of a ticket, so why not give it a try? Well, if it involves telling a lie, we don't recommend giving it a try. Virginia police officers have heard it all, and you would be better off not saying any more than you have to and calling a criminal defense attorney if you get a reckless driving ticket.

Lame Excuses That Won't Help Your Cause 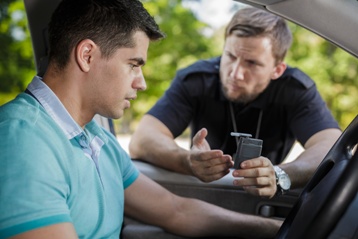 Maybe your wife really is in labor, and you're speeding to get her to the hospital. If this is the case, it will be clear to the officer who pulled you over. Most of the time, however, you are speeding simply because you are running late or are frustrated with other drivers. In these situations, it's probably best to not try one of the following excuses for speeding:

If you are unsuccessful at talking your way out of the ticket, you might think you can make your case by representing yourself before a judge with similar defenses. We discourage that even more than we discourage the roadside excuses.

Reckless Driving Is a Criminal Offense, and You Need a Criminal Defense Attorney

It is human nature to try to get out of trouble, but when it comes to criminal charges, sometimes the less you say, the better. There are reasonable defenses that can be used to reverse or reduce the charges against you, but you should leave that up to an experienced reckless driving defense attorney. If you get a ticket for reckless driving in Virginia, contact James E. Short, PLC, before you make any excuses. We will help you fight the charge and avoid the most serious consequences.