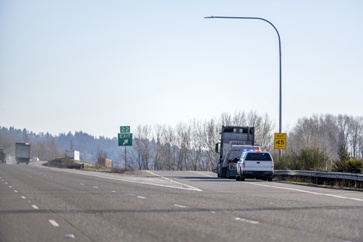 As a truck or bus driver, you need a valid commercial driver's license (CDL) in order to be able to do your job. Because of the potential for a catastrophic accident, if you are not fully sober and alert behind the wheel, Virginia's DUI laws for commercial drivers are stricter than they are for other drivers. We take a look at what the law says and what you risk losing when you drink or do drugs before driving.

The legal limit for the amount of alcohol you can have in your bloodstream (BAC) and still drive legally in Virginia is .08 percent for private vehicle operators. For the average person, that equates to drinking three or four beers or glasses of wine in a one-hour period. For commercial drivers, however, the BAC limit is just .04 percent. That means a truck driver could be legally drunk after just a couple of alcoholic drinks. If a law enforcement officer believes that a commercial driver appears to be impaired, they can charge the driver with DUI regardless of what the BAC is.

In other words, you could lose your job for life if you are caught driving a commercial vehicle after drinking just one or two beers. The law in Virginia also applies to drug use, including prescription medications and marijuana. Refusing to submit to a drug or alcohol test when you are pulled over will result in a one-year suspension of your CDL as well.

Call an Attorney If You Are Stopped

You can't risk losing your CDL, so you should never risk drinking or taking drugs and driving. However, if you are pulled over and charged, the smartest thing you can do is to cooperate with the police and call a Virginia DUI lawyer as soon as possible. There are potential defenses that could save your license and your livelihood. Contact James E. Short, PLC, to learn more.