Is domestic assault a felony or a misdemeanor?

When you are arrested for domestic assault in Virginia, you could be charged with a Class 1 misdemeanor, a Class 6 felony, or something even more serious. It all depends on the level of assault and whether you have been previously convicted of domestic violence.

First Offenses Are Usually Charged as a Misdemeanor 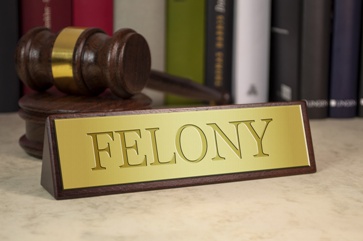 If you are charged with simple assault, and this is your first arrest for assault and battery against a family or household member, you will probably be charged with a Class 1 misdemeanor. This is the most serious level of misdemeanor and carries potential penalties of:

With a first offense, it is possible, with the help of a skilled defense attorney, that you could be placed on community-based probation and avoid jail altogether. However, we urge clients to keep in mind that a conviction on a misdemeanor charge carries significant additional consequences, including loss of custody of your children, difficulty getting or keeping a job, and loss of personal relationships.

When Domestic Assault Is a Felony

The third time you are arrested for simple assault against a family member, you will be charged with a Class 6 felony. In addition, the following types of assault are charged as a Class 6 felony on the first and subsequent arrests:

Because these types of assault involve an intent to cause harm and result in more serious injuries, they carry harsher penalties. Depending on the exact charge, a Class 6 felony for domestic assault could lead to anywhere from 5 to 20 years in prison and a fine of up to $100,000.

Don’t Delay in Contacting a Lawyer

When you are arrested for domestic assault in Chesapeake, Virginia Beach, or Norfolk, it is important that you talk to a lawyer right away.  Before you are even charged with a misdemeanor or felony, we can start representing you to make sure the charges are fair. Never assume that your domestic partner will change their mind about pressing charges. Once the police are involved, it is up to the prosecutor—not your partner—to decide whether you will be charged and what the charges will be. Contact James E. Short, PLC, as soon as possible. Your defense starts now!