Can I represent myself in court on a reckless driving charge?

Can you represent yourself? Yes. Should you? Absolutely not.

If you mistakenly believe that a reckless driving charge is nothing to worry about and that you can handle your own defense, you could be in for a shock. In Virginia, reckless driving is a criminal offense, and criminal charges should always be taken seriously.

What Is Reckless Driving?

The Virginia legal code defines reckless driving as driving "recklessly or at a speed or in a manner so as to endanger the life, limb, or 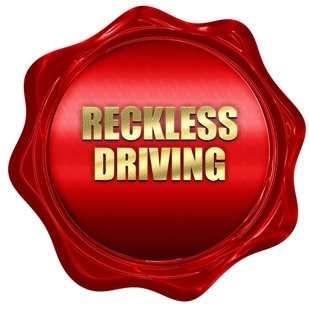 property of any person." Sound a little vague? That's because it is. The reality is that if an officer decides that your driving was reckless, they can charge you with this criminal offense rather than with a moving violation such as speeding. Actions that might be charged as reckless include:

If you are pulled over and ticketed, make sure you know whether you were charged with a moving violation or with reckless driving.

Consequences You Face If Convicted of Reckless Driving

As a Class 1 Misdemeanor, the penalties for reckless driving are the same as for other Class 1 criminal offenses, including jail time and a publicly available criminal record. If you are convicted of reckless driving, you could be sentenced to:

These are serious penalties, and you should always consider fighting the charges in order to avoid the worst outcomes. However, you should not take on this battle alone. Without the knowledge and experience that a Virginia reckless driving defense attorney has, you don't stand a chance of getting the charges reduced or dropped.

Our Criminal Defense Attorney Can Help