What Determines How Debt Will Be Divided in Your Divorce 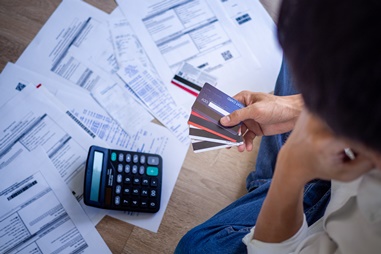 When you are getting divorced in Virginia, you will have to give as much thought to how to divide debt as to how to divide property. Just like you each want an equal share of the value of your home, for example, you also want to evenly divide the debt you had as a couple. However, an equitable division of debt does not necessarily mean a 50/50 split—and it also does not mean that you are responsible for the debt your ex racked up on their own. With an experienced and aggressive attorney on your side, you can make sure you don't leave your marriage with an unfair burden of debt.

What Is an Equitable Division of Debt?

Just as property and assets have to be divided equitably in Virginia, so do debt and liability. Virginia is not a community property state, so property and debt are not simply pooled and cut in half. Instead, a judge will examine each partner's entire financial situation before deciding how assets and liabilities will be divided. Before dividing debt, a judge will look at the following:

These factors will be examined just like they are for deciding how to split assets, but with a focus on how the debt will further impact each individual's finances. If you do not think you should be responsible for the marital debt, your attorney can provide evidence and witness testimony to convince the judge of your argument.

Separate Debt Will Be Kept Separate

Again, just like with property and assets, any debt that was acquired by one spouse before the marriage—or during the marriage but without the other spouse's knowledge or permission—will be kept separate when dividing debt in a divorce. One partner's student loans, a vehicle loan with only the spouse's name on it, a civil judgment against one spouse, and other forms of individual debt will not be included in the division. Divorcing spouses have the right to contest the division of debt, so it's important that you have an attorney who is ready to go to bat for you.

James Short Will Fight for You

If your spouse has a large amount of debt, and you don't want to be held responsible for it after your divorce, you should consult a Virginia family law attorney as early as possible in the divorce process. Whether you are concerned about keeping separate debt separate or you believe you deserve a smaller share of the debt because of your spouse's actions, our Chesapeake office can help. We will help you avoid common mistakes and take the next steps towards freedom from an unhappy marriage.