Avoid Making These Common Mistakes After a Domestic Violence Arrest

Because domestic violence defendants know their accusers intimately, they often say and do things that come back to haunt them later on. We urge our clients to treat a domestic assault accusation or charge just like they would a crime involving a stranger. This could make the difference between going to jail and getting a second chance. 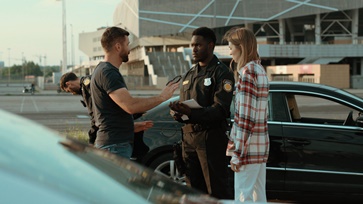 People accused of stealing a car or robbing a store generally know that they shouldn’t admit to the crime and should call a lawyer right away. For some reason, people charged with violence against a domestic partner often seem to forget these simple rules and make mistakes that could harm their defense. Some common mistakes we see include:

Like with any arrest, the sooner you call an attorney, the better off you will be.

Put Us to Work Right Away

Domestic violence situations are never easy. Whether your partner is exaggerating an incident or completely making up an accusation, it might be tempting to try to keep the matter private and deal with it yourself. However, this would be a mistake. A criminal accusation should always be taken seriously. Calling a lawyer is not an admission of guilt—it is the smart thing to do, even if you are completely innocent. If you are facing domestic assault charges in the Chesapeake area, call my office for help building your defense.