What to Do If You Are Charged With Reckless Driving 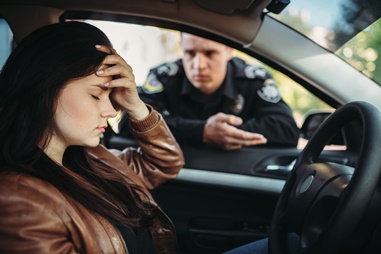 You see the flashing lights and hear the siren. The dread builds as you realize they're after you. What have you done wrong? Were you speeding? Did you change lanes too quickly? You are shocked when the officer brings up reckless driving. What does that mean?

Remain Calm at the Scene

The worst thing you can do is overreact when the ticket is issued. If the officer tells you that he is charging you with reckless driving, you should remain calm and not say too much. This is not the time to argue or make excuses. If you were drag racing or driving at extreme speeds, you might be taken into custody. It would be a mistake to think that this arrest is different from any other criminal arrest. Not only should you remain silent, but you should also call a lawyer as soon as possible.

Even if you are not arrested, it's important to recognize that reckless driving is a Class I misdemeanor and can lead to steep fines, points on your license, and even jail time. However, like any other criminal offense, you can defend yourself and potentially get the charge reduced or dismissed altogether.

What to Do With a Reckless Driving Ticket

Unless you are being charged with felony reckless driving for injuring or killing another person, you will probably be released and ordered to appear before a judge at a later date. Here's what you should NOT do:

Again, if you think of a reckless driving ticket as the criminal charge it is, you will have a better understanding of how important it is to take it seriously.

Why You Need a Lawyer

You might think that you have a good argument for why you should not be charged with reckless driving, so you plan to represent yourself in court. This would be a terrible idea. No judge is going to accept your excuses—even supposedly foolproof ones you found online such as going downhill, passing a truck, or needing the restroom. Likewise, trying to argue that the officer's radar gun was not calibrated properly requires evidence that you can't possibly obtain.

An experienced reckless driving lawyer, however, will investigate your case, look at your driving record, and present a defense that will get you the best possible outcome. That could mean keeping your license, paying a lower fine, and avoiding jail time. Not every criminal defense attorney has experience with reckless driving tickets. You need a traffic specialist with a record of success in the courtroom.

Understanding that your ticket is no ordinary speeding ticket is the first step towards securing a positive result. The options available to you for mitigating a reckless driving charge will depend on the unique circumstances of your case. Do not hesitate to contact James E. Short, PLC, if you are charged with reckless driving in the Virginia Beach area.