What is the difference between charges of larceny, burglary, and robbery? 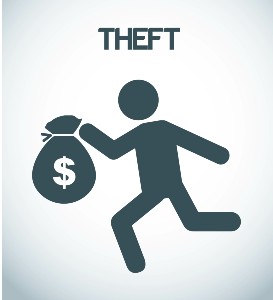 Theft is theft—right? So why does Virginia law have different words for it? It might seem like splitting hairs, but each legal term—larceny, burglary, and robbery—has a different meaning and, consequently, different possible consequences for a conviction. We explain what these terms mean and how our experienced criminal defense lawyer can help you if you are charged with any one of them.

Larceny Is Theft of Property With No Threat of Violence

Taking something that does not belong to you is considered larceny if you did not break into a property to steal it and you did not take it from the owner under threat of bodily harm. For example, shoplifting from a store is larceny, as is stealing a car parked in the street. There are two categories of larceny based on the value of the stolen property:

An attorney will build a defense based on your intention and the evidence against you. It might be possible for your lawyer to negotiate for lesser penalties.

Robbery Is a More Serious Offense Because it Involves a Victim

Robbery is a form of larceny, but it involves the use or threat of violence against a victim. The threat doesn't have to be verbal. If the victim reports that they were scared or felt threatened, you could be charged with robbery. In general, most thefts where the victim is present will be charged as robbery. Robbery is a felony in Virginia and is punishable by anywhere between five years and life in prison, depending on the level of violence and the value of goods stolen. Carjacking is a form of robbery in that it involves violence or the threat of violence against the victim. It carries a minimum sentence of 15 years in prison, so it is much more serious than a charge of car theft with no victim present (larceny).

Burglary Does Not Have to Involve Theft

It is a popular misconception that burglary involves stealing. In Virginia, burglary is any form of breaking and entering—illegally entering a home or place of business with the intent of committing a crime, regardless of what that crime is. Burglary is a serious offense in Virginia that carries a fine of up to $100,000 and prison terms as follows:

A defense lawyer can make a case based on the nature of the crime committed in addition to the burglary. For example, if you broke into a home to commit a misdemeanor such as petit larceny, your lawyer will argue for a lesser punishment.

If you are arrested and charged with larceny, robbery, or burglary, you should seek out the best criminal defense lawyer you can afford. There is no room for error when you are accused or arrested for theft in Virginia. An experienced defense lawyer will fight for the best possible outcome in your case, whether that is a dismissal or not guilty verdict or a lesser penalty than you originally faced. In the Chesapeake area, contact James E. Short, PLC, by phone at 757-410-5042 or by filling out our online contact form. We will get back to you right away.