What Happens After a DUI Conviction in Virginia? 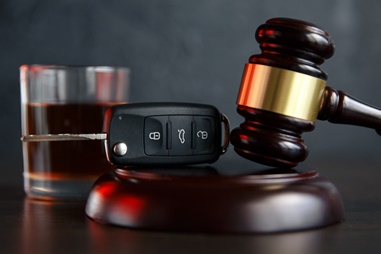 Before your case ever goes to trial, you should do all you can to fight a DUI charge in Virginia. Unlike in other states where first offenses are often excused, and some levels of DUI are charged as traffic offenses, DUI is always charged as a crime in Virginia, and first-time offenders can find themselves in jail. If you are found guilty of DUI in Virginia, you face serious consequences. We take a look at what happens after the judge finds you guilty of Driving Under the Influence of alcohol in Chesapeake and how a skilled DUI defense attorney can fight for the best possible outcome.

After a Conviction, You Will Be Sentenced

Virginia DUI laws include a long list of potential penalties for conviction. Some of these are issued at the judge's discretion based on the circumstances of your DUI arrest. Having an advocate by your side to argue for reduced penalties could go a long way towards securing the best possible outcome. Some potential consequences include:

Whether these penalties apply to you or not will depend on factors such as previous DUI convictions, your DMV record, how you were driving at the time of your arrest, witness testimony, and your attorney's arguments for leniency. However, if your blood alcohol content is .15 or above, you will face mandatory jail time as follows:

Mandatory minimum sentences cannot, by definition, be reduced or excused. Virginia is very tough on drivers they consider to be "super drunk," and you will pay the price if you are convicted

Just because you are found guilty does not mean you don't still have options. If the arresting officer violated your rights or made mistakes during the arrest process, you might have grounds to file an appeal to overturn the conviction. A successful appeal could result in a dismissal of the charges or a new trial. Some common grounds for appeals include:

Your attorney will investigate these possible reasons for overturning a conviction and file an appeal if one is warranted.

We Are Here to Fight for You

At James E. Short, PLC, our criminal defense team will take every step to ensure that you get the best possible outcome. In the 30 years that James Short has been in private practice, he has handled hundreds of DUI cases for clients from Chesapeake, Portsmouth, Norfolk, Suffolk, Virginia Beach, and the surrounding areas. If you've been charged with a DUI in Virginia, please contact us today to request a consultation to discuss how to best proceed with your case.