Not Your First Rodeo? Don't Make the Mistake of Thinking Your Second Divorce Will Be Easier Than Your First! 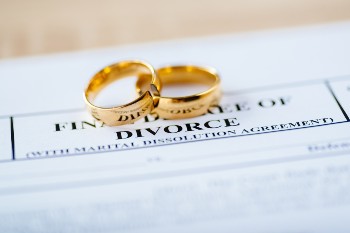 You might not think you have anything in common with the billionaire ex-wife of Amazon founder Jeff Bezos, but if you are getting divorced for the second time, you share that experience with MacKenzie Scott. She filed for divorce from her second husband in September of 2022, less than two years into their marriage. The details of her divorce are under wraps, of course, but it is a given that she probably had an airtight prenuptial agreement, and the dissolution of the marriage will be fairly straightforward.

This is less likely to be the case with the average American's second divorce. For many people, a second divorce is much more complicated than their first. We discuss potential challenges and how our experienced family lawyer can meet them on your behalf.

Some studies show that the likelihood of divorce increases with each marriage, so while nearly half of all first marriages end in divorce, about 75 percent of third marriages don't last. This could be because people who have already gotten divorced once don't fight as hard to save a marriage, or it could be because later marriages are less likely to have young children, so less is at stake in a divorce.

However, that doesn't mean a second or third divorce will be a simple matter. Factors that can complicate a later divorce include:

If your marriage is over, the potential complications of divorce won't matter to you as much as just ending the union and getting on with your life. You might not even think about the challenges you face, and you could leave things on the table that could have been negotiated more favorably for you. That is why you need an experienced divorce attorney to walk you through the factors that could cause problems before you file or even before you discuss divorce with your second spouse.

The sooner you consult our Virginia family law attorney in the divorce process, the more likely it is that we can help you get a fair and appropriate divorce agreement. You should not settle for less than you deserve because this is not your first divorce, and you should not compromise simply because it will be difficult to reach an agreement with your ex. When you contact James Short, he will explain your rights and options and help you figure out the best way to get what you need out of your second—or third—divorce. Contact us online or call our office at 757-410-5042.