In a Virginia divorce, what happens to savings in retirement accounts?

Marital property is any property—including real estate, furniture, vehicles, jewelry, savings, investments, and retirement accounts—that was acquired during the marriage. This 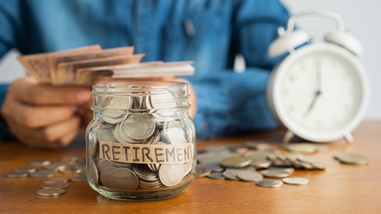 property is subject to equitable division in a divorce settlement. Separate property consists of belongings, money, and investment accounts that either spouse acquired before getting married. Additionally, any gifts or inheritances given to one spouse during the marriage are also considered separate property. Because people contribute to retirement accounts and accrue pensions over their entire work life, Virginia considers contributions made and value accrued before a person gets married to be separate property and those made after marriage to be marital property. So, for example, if you have contributed to a 401(k) for 20 years but have only been married for ten years, the court would consider the last ten years of contributions to be marital property, and 50 percent of it would go to your spouse.

The Two Types of Retirement Plans Are Treated Differently

The big question in everyone's mind is if we are not planning to retire for another 25 years, when do retirement assets get divided? The answer depends on what kind of plan you're talking about and what kind of agreement you can come to with your ex. There are two categories of retirement plans, and they are handled as follows:

If both spouses have retirement plans with funds they acquired during the marriage, they will each be valued and divided according to these guidelines.

Plans Can Be Made to Avoid Taxes and Penalties

Ideally, you do not want to be forced into withdrawing money from a retirement account too early. Doing so would incur penalties and tax implications that would decrease the value of the money you planned to retire on. In a best-case scenario, you and your ex would agree on a method of distribution when the funds have reached their full value, and you can withdraw them with no penalties. This requires a cooperative and amicable divorce but would be recognized by the courts. Your lawyer can help you use a QDRO to accomplish this goal.

James E. Short, PLC Is Here for You

The sooner you consult our Virginia family law attorney in your divorce journey, the more likely it is that we can help you get or keep your fair share of retirement assets. Whether you were a stay-at-home spouse who is counting on your ex's retirement savings so that you can retire, or you contributed to your own retirement plan significantly before you were married, our Chesapeake office can help protect what you are owed. Contact us online or call our office at 757-410-5042.