How a Reckless Driving Conviction Could Impact Your Car Insurance

As a Virginia reckless driving defense lawyer, James Short has seen the consequences a reckless driving conviction can have on a driver's life and livelihood. Not only do you face the possibility of jail time and a fine of up to $2,500, but you have a criminal record and could lose your license. The fallout of a conviction could be far-reaching—you could lose your job if you can't get to work, and you could pay significantly higher insurance premiums for years to come. Why is that? We explain here.

Insurance companies can raise your rates if they think you are likely to file a claim on your policy. How can they predict who will file a claim? One way they do this is to keep tabs on your driving record. Even if you have never been in an accident or filed a claim, the insurer could assume that you are a risky investment for them if you are ticketed for moving 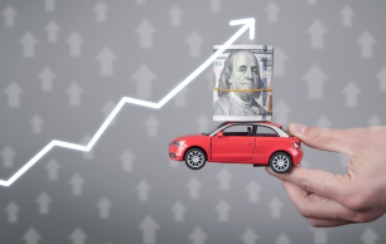 violations such as speeding or failure to yield. However, if you are convicted of the criminal penalty of reckless driving, the insurer will see that as a guarantee that you are a risky driver and will likely increase your premium when you go to renew your policy. What do they base the rates on?

Unlike some other states, Virginia does not have a statutory insurance point system, where the number of points on your driving record directly translates to a percentage increase in your insurance premiums. However, we do have a demerit point system. A reckless driving conviction, for example, puts six points on your DMV record. Insurance companies will consider your DMV points when raising your rates, but they will also look at the infractions behind the points. They are most wary of the following:

Just how much your premium increases is up to the insurance company. They are under no obligation to cover you, but you are required by law to carry car insurance, so they are holding all the cards. This is why it is so important to fight a reckless driving charge, especially if it did not result in injury or property damage.

With a skilled reckless driving defense attorney, it is possible to fight a reckless driving charge. Doing so successfully could mitigate the financial consequences you could face with your insurance company.

In order to get your charges reduced or dismissed, your lawyer will provide evidence that your actions did not rise to the level of recklessness. Evidence could include witnesses, speedometer calibration, and questioning the arresting officer to create reasonable doubt. An attorney can also argue for reduced penalties by presenting a clean driving record or proof that you attended a driver improvement class or completed community service. You owe it to yourself and your family to fight for the best possible outcome after a reckless driving ticket.

The options available to you for mitigating a reckless driving charge will depend on the unique circumstances of your case. Do not hesitate to contact James E. Short, PLC, if you are charged with reckless driving in the Virginia Beach area. Fill out our contact form or call our Chesapeake office at 757-410-5042.