How a Criminal Defense Attorney Will Fight a Reckless Driving Charge

You’re doing what you always do—rushing to work, getting annoyed with other drivers, stressing out about multiple things. But this time, you see sirens in your rearview mirror, and you quickly realize he’s after you. A speeding ticket—what an inconvenience! However, when the cop starts talking about reckless driving, you are shocked. You 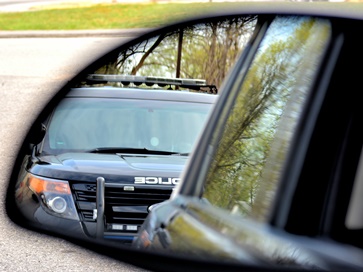 might have exceeded the speed limit, and maybe you were weaving in and out of traffic a little, but is that really reckless driving? In Virginia, if the officer says it is—it is. What do you do now?

Far too often, when people get reckless driving tickets, they don’t think they did anything especially reckless, so they think they’ll beat the charge or that the judge will go easy on them. This is a big risk to take because if you are convicted of this Class 1 misdemeanor, you face up to a year in jail, a $2500 fine, loss of your license for six months, and six points on your driving record—not to mention having a criminal conviction on your record. So, how can an attorney help when you are facing these consequences?

An experienced reckless driving attorney will know exactly how to approach your case depending on the specific circumstances, your driving record, and other factors. Based on our many years of successfully defending people charged with reckless driving, we will develop a plan to defend you. Possible strategies include:

While you might be tempted to represent yourself to save money, we strongly advise against it. These defenses require skilled negotiation and courtroom experience to be successful. As soon as possible after the ticket, we recommend contacting an attorney.

We Fight for Our Reckless Driving Clients

While it is true that a good defense attorney costs money, it will be well worth the investment if he can reduce or eliminate the criminal charge. If you get a ticket for reckless driving in Virginia, contact James E. Short, PLC, before you make any excuses. We will help you fight the charge and avoid the most serious consequences.