Do I need to submit to a field sobriety test? 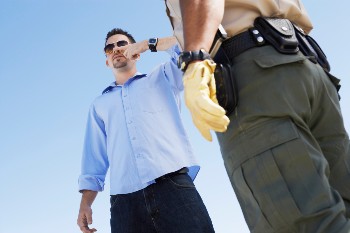 Unfortunately, many people feel they have no choice but to comply with the officer’s instructions. While poor performance on a field sobriety test might seem like inescapable evidence of intoxication, an experienced Virginia DUI attorney could help you avoid the stigma of a life-long criminal record.

Field sobriety tests, or FSTs, are a special category of standardized tests which police use to determine whether a detained motorist is under the influence of drugs or alcohol. In Virginia, law enforcement usually use the following tests to assess impairment:

The Problem With Field Sobriety Tests

Field sobriety tests are administered by individual police officers. Since the investigating officer must rely upon their own judgment when determining whether a suspect has “passed” or “failed,” they may misinterpret the side effects of anxiety, fatigue, or an unrelated medical condition as signs of substance-induced impairment.

Although Virginia police officers usually receive multi-day training on the proper administration of field sobriety tests, they frequently make mistakes. An officer could inadvertently jeopardize an examination by:

Needless to say, police officers are only human—if they believe that a detained driver is under the influence of alcohol, they may look for evidence that appears to confirm their suspicions, instead of considering alternate explanations for an individual’s inability to complete or pass a field sobriety test.

An arrest and conviction for DUI or DWI can have life-altering repercussions. If you have been wrongfully charged with driving under the influence or driving while intoxicated, you have the right to challenge the state’s evidence against you. A Virginia defense attorney could help counter the prosecutor’s strategy, whether by moving the court to dismiss the results of a poorly-administered field sobriety test, by cross-examining the investigating officer, or by offering alternate explanations for your performance.

You do not have to put your future in the hands of an overworked public defender. Please connect with James E. Short, PLC, by using our online contact form, or call our office at 757-410-5042 to schedule your initial consultation as soon as possible.