How long does a Virginia DUI conviction stay on my criminal record?

Make no mistake—a drunk driving arrest and conviction will have a serious impact on your life for a long time to come. You might not think of yourself as a criminal because you got caught driving after having a few too many drinks, but future employers, landlords, immigration officials, and law enforcement agencies that run background checks on you will all see one thing—a criminal record. That's right. A DUI conviction will be a part of your criminal history forever and your Virginia driving record for over a decade. We take a look at what it could mean if you don't fight a DUI arrest here.

Your Criminal Record Follows You Everywhere

Driving under the influence of alcohol (DUI) is a criminal offense in Virginia. First and second convictions are Class 1 misdemeanors, just like petit larceny, domestic assault, and assault and battery. If you are arrested and convicted of a DUI a third time, you could be charged with a Class 6 felony, the same category as aggravated assault, drug possession, and 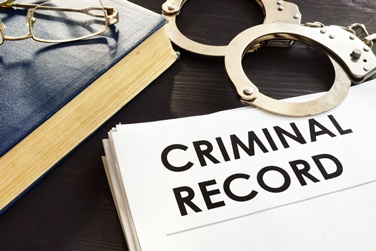 grand larceny. If you cause a crash that injures or kills others, you face a much more serious felony charge. A felony conviction on your criminal record can affect your ability to get a job, secure a promotion, adopt a child, and renew a Green Card.

Your criminal record includes details of all arrests, charges, and convictions, including traffic offenses that rise to the level of a crime such as DUI and reckless driving. You cannot get these offenses expunged from your record unless you are able to prove a wrongful conviction, so these activities will be on your criminal record forever. Every time you authorize a background check, you will have to worry about your DUI conviction.

Your DMV Driving Record Is a Different Matter

While your criminal record is arguably more significant than your Department of Motor Vehicles driving record, this record can also have serious consequences on your life. Your DMV record includes all of your driving violations, including warnings, speeding tickets, moving violations, reckless driving charges, and, of course, DUI. Each of these violations carries a certain number of demerit points, which work against you when applying for car insurance or seeking a job that requires a clean driving record. A DUI conviction carries six points, which will remain on your record for two years from the date of conviction.

Even after the demerit points reset, however, the DUI conviction will remain on your record. In fact, it will be on your DMV record for 11 years. This is because subsequent DUI arrests carry more serious penalties, depending on how long they occur after a previous charge. For example, a third DUI that occurs within five years of the second carries a mandatory minimum jail sentence of six months, but if it occurs between six and ten years later, the mandatory minimum sentence is 90 days. The DUI remains on your record so that these mandatory sentences can be enforced.

Because traffic violations tell insurance companies that you are a risky investment, DMV points—particularly those for DUI—can also affect your ability to get car insurance, increase your premiums, and require you to pay for higher coverage amounts. These effects could last for up to four years.

Clearly, the key to avoiding these long-term penalties is to not drink and drive. However, if you are pulled over and charged, it is essential that you contact a DUI lawyer as soon as possible. There are potential defenses available that could get the charge reduced or dismissed. In the Chesapeake area, do not hesitate to call Attorney James E. Short. With decades of DUI defense experience behind him, he is the smart choice for securing the best possible outcome in Hampton Roads, including Chesapeake, Portsmouth, Norfolk, Virginia Beach, Suffolk, Hampton, and Newport News. You owe it to your future to call our office at 757-410-5042 as soon as possible after your arrest.