Your heart rate is just returning to normal after your panic attack at seeing flashing blue lights in your rearview mirror. Even though the news was not good—you got a reckless driving ticket—you're relieved to be driving away. However, you need to understand that you are not off the hook. Because reckless driving is a misdemeanor criminal offense in Virginia, you still have to face a court date and possibly a trial. Take the time to learn about the legal process for a reckless driving ticket in order to be prepared for what's to come.

When Do You Have to Appear?

If your reckless driving caused a crash and someone was injured, you will probably be arrested and taken to jail for processing. This could also happen in situations that the officer considers to be particularly egregious, such as if you were drag racing or driving at an extreme speed. In this case, you should call a lawyer as soon as possible—just 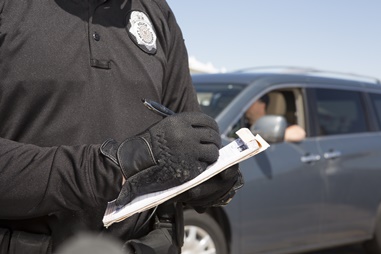 as you would do after any criminal arrest.

However, with most reckless driving tickets, you will get a summons to appear in court at a later date. You could be given a "first appearance" date or a trial date. It's not always clear which date you have been given, but, generally speaking, if the date is within a week or two, it's probably a first appearance. The purpose of this court date is to read the charges against you, inform you of your right to an attorney, and schedule a trial date. This is also your opportunity to request a court-appointed attorney if you can't afford to hire your own.

How a Reckless Driving Trial Works

You should never show up at your trial date without a lawyer. Planning to just plead guilty and pay the fine, or thinking you will represent yourself because you have a foolproof excuse to get out of the charge, would be big mistakes. Ideally, you and your lawyer will appear together. The judge will read the charges and ask you for your plea. If you plead not guilty, the court will hear the evidence in your case. There are multiple possible defenses your lawyer can present to get the charges dismissed or reduced. Because your freedom and livelihood are at stake, it's always worth it to fight the charges with the help of an experienced lawyer.

Once the evidence is presented, the judge will issue a ruling on your guilt or innocence and announce your punishment. A reckless driving conviction in Virginia could result in a fine of up to $2500, up to 12 months in jail, six points on your driving record, and the loss of your license.

Next Steps After a Guilty Verdict

You will have 30 days to pay your fine and court costs. It may be possible to work out a payment plan with the court if you cannot pay the fine all at once. If your license has been suspended for 30 days or less, you will surrender it to the court clerk and pick it up from them when the suspension has ended. If the suspension is longer than 30 days, you will have to arrange for its return with the DMV. If you were sentenced to time in jail, you will probably have to report in about three weeks, but that is up to the judge.

If your attorney thinks you have grounds for an appeal, he will have ten calendar days to file. An experienced reckless driving attorney will not give you false hope about an appeal. Appeals are difficult and costly and should only be filed if there is a valid procedural reason for one.

Call Us to Discuss Your Reckless Driving Ticket