What will happen to my driver’s license if I am convicted of reckless driving? 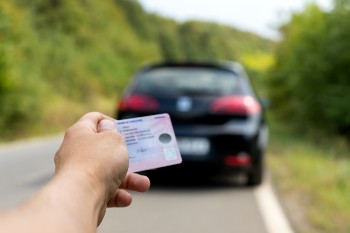 If you are convicted of reckless driving in Virginia, you could lose your license for up to six months. If you already have points on your Department of Motor Vehicles (DMV) driving record, you could lose your license for even longer. To avoid this worst-case scenario, we urge you to talk to a reckless driving defense attorney before pleading guilty or going to court. There are often defenses we can build to get the charges dismissed or to lessen the penalties.

What Is Reckless Driving?

In Virginia, reckless driving can be charged by an officer if they believe you were operating your vehicle in a manner that endangered life, limb, or property. Usually, this means you were exceeding the posted speed limit by more than 20mph or that you were driving in excess of 85 mph, regardless of the applicable maximum speed limit. Other violations that could be charged as reckless driving include driving a vehicle with faulty brakes, passing on the crest of a grade or on a curve, passing at a railroad grade crossing, and passing a stopped school bus. However, the charge is up to the discretion of the officer, so you could be charged with reckless driving for other offenses as well.

Reckless Driving Is a Criminal Offense

Unlike other moving violations, reckless driving is not a traffic violation; it is a criminal offense. It is usually charged as a Class 1 misdemeanor but can be upgraded to a Class 6 felony under certain circumstances. Either way, you will have a criminal record. Depending on the exact charges you are facing, you could be sentenced to up to five years in jail and fined up to $2500. You will also get six points added to your DMV record and could have your driver’s license suspended.

Suspension of your driver’s license is not an automatic penalty for reckless driving. Instead, it is up to the discretion of the court and the particular judge you get. Your license will likely be suspended in the following situations:

In general, suspensions are usually between 30 and 90 days and are no more than six months, with a few exceptions. Keep in mind that if you already have points on your license, a reckless driving conviction could put you over the top for a mandatory license suspension from the DMV.

What an Attorney Can Do for You

Losing your license—even for just a month—can significantly impact your life. You could lose your job, be unable to attend college classes, and lose your chance to visit your children if you are a non-custodial parent. When you hire an experienced reckless driving defense attorney to represent you after a ticket, you can be confident that we will do everything we can to lessen the impact the charge will have on your life. If appropriate, we could argue that the offense should not have been charged as reckless. If the reckless driving charge sticks, we will fight for the least restrictive penalties. This could mean arguing for a restricted license instead of a suspended license. With a restricted license, you could still go to work or school and attend court-ordered visitation with your children.

The options available to you for mitigating a reckless driving charge will depend on the unique circumstances of your case. Do not hesitate to contact James E. Short, PLC, if you are charged with reckless driving in the Virginia Beach area. Fill out our contact form or call our Chesapeake office at 757-410-5042.